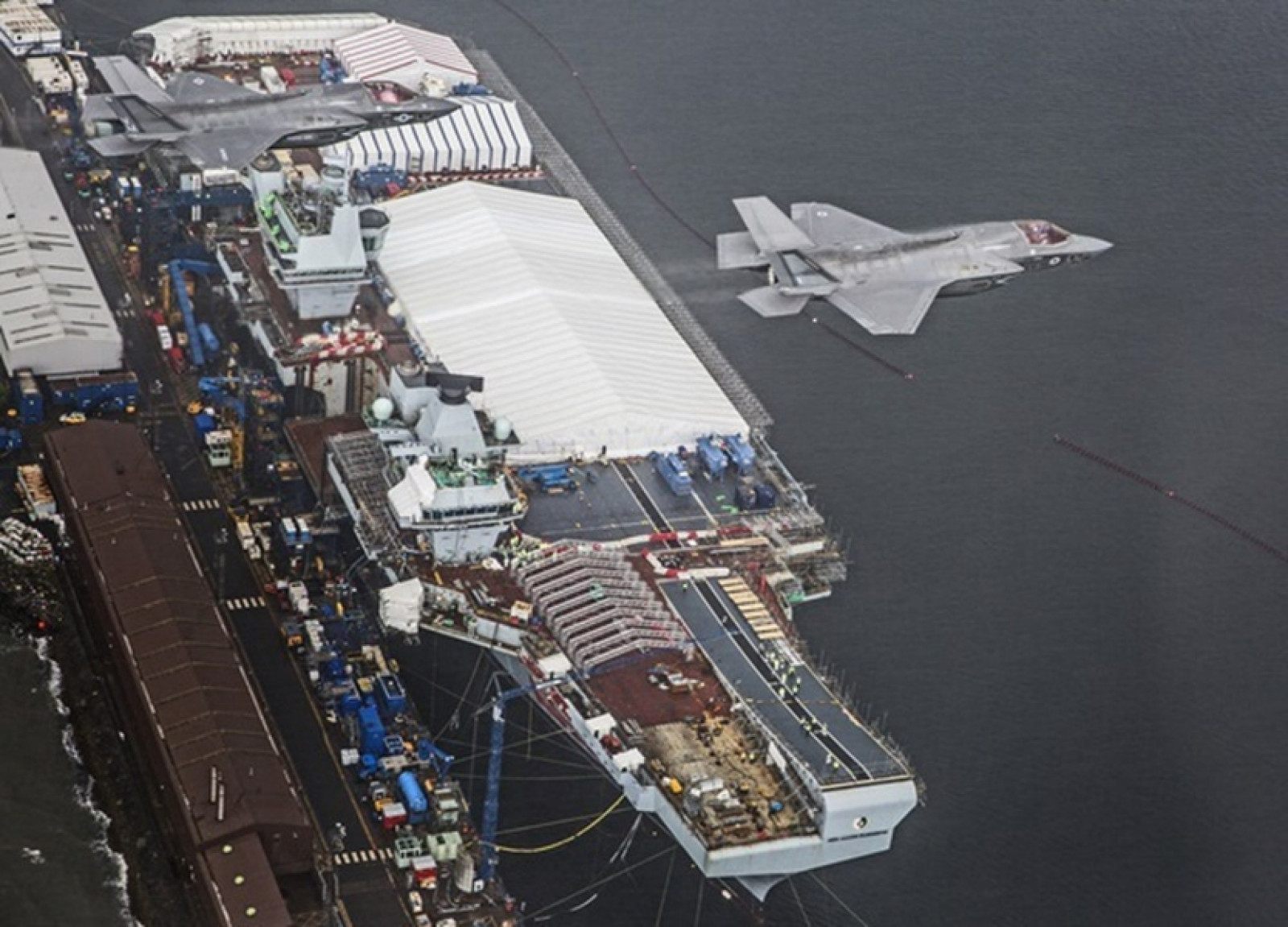 The team at Moog's aerospace factory in Wolverhampton are gearing up for a busy year working on a string of major aviation projects.

Top of the list is the ramp-up of the Joint Strike Fighter programme - the world's biggest defence contract  with the new generation of F-35 Lightning jets going into service.

And, as the Queen Elizabeth undergoes sea trials, F-35B aircraft will make their first take-off and landings from the carrier's deck later this year.

As the newly reformed 617 Squadron  the old Dambusters unit  the jets will transfer from their current base in the US to RAF Marham and should be operational as a land-based unit by the end of this year before taking up their aircraft carrier role from 2020.

The carrier flights this year will be a crucial test for Moog's Wolverhampton-developed technology, which controls how the aircraft's Rolls-Royce LiftSystem shifts the jet from normal flight to hover. Work on the project dates back before Moog moved to its state-of-the-art factory on the i54 estate, where a special extension houses work on the system.

Stuart McLachlan, group vice president and general manager for Moog's aircraft components sector, said: "The ramping up of production and operations for the JSF is probably the biggest project we will be handling this year.

"But at the same time we are continuing to work on a number of civil aviation programmes and bidding for other work this year as well."

The Moog site at Wolverhampton, which employs around 420 of the US-based company's 1,000 strong UK workforce, is responsible for the design and production of a string of major high-lift and flight control systems for passenger aircraft such as Boeing's 787 Dreamliner and the new Airbus A350.

It is also working on the high-lift system for the C919, the first Chinese-developed passenger jet, which is continuing with its flight tests this year.

It also works on a number of helicopter programmes for Bell and Augusta-Westland as well as defence aircraft such as the Eurofighter Typhoon, in use with the RAF and air forces across Europe and the Middle East.

The Wolverhampton factory has historic roots, starting out as Boulton Paul during the Second World War at its former premises across the Wobaston Road. Stuart has worked for the company for a quarter of a century, as its ownership changed from Dowty to Smiths, then GE and then Moog in 2009. After serving an apprenticeship and graduating from the University of Wolverhampton, he has held various senior management roles.

His current job sees him overseeing operations at Wolverhampton, Moog's site at Tewkesbury as well as in the Philippines and in the US.